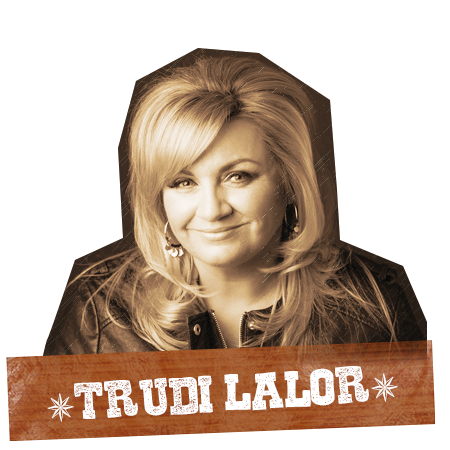 She grew up with an interest in music and in her teens sang with local musical societies. Successful appearances at local concerts led to her joining Hazel records where her first release, a four-track EP, Money Talks, gained her considerable air play. Lalor’s break came in September 1993, when the very popular Louise Morrissey was incapacitated by a serious car crash. During Morrissey’s absence, the talented Lalor fronted her band, fulfilled all her Irish and UK commitments and quickly established herself as one of the best young singers on the British and Irish country scene.

And More … Ciaran Rosney, Olivia Douglas & Ben Currie with The Conquerors (The backing band for the day )